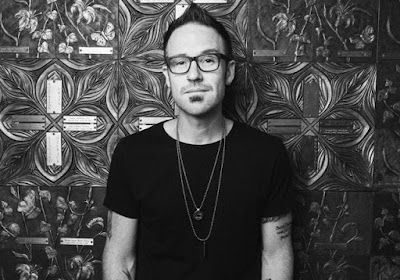 Gotee Records’ Ryan Stevenson is preparing to tell the story that inspired his RIAA Gold Certified single “Eye of the Storm” like never before. Stevenson’s new book, Eye of the Storm: Experiencing God When You Can’t See Him, is set to release on July 7, 2020.

“Writing a book never interested me; in fact it seemed like an Everest that I was never interested in climbing,” Stevenson shared on social media when announcing the new book. “After the last several years on the road, sharing my story with hundreds of thousands of people, the most consistent feedback I received was ‘you need to write a book’… Well, I finally did it… I wrote an autobiography. I start at the beginning and walk you through the chapters of my crazy unconventional journey! I hope this story blesses and encourages you.”

Christian Airplay/Audience and 14 consecutive weeks at Billboard’s Christian AC and was listed as the No. 2 Billboard Christian AC song of 2016. The song also won a Dove Award for Christian Pop Contemporary Song of the Year in 2017 and was also nominated for two 2017 K-LOVE Fan Awards as well as a 2017 Billboard Music Award for “Top Christian Song.”

You can pre-order Eye of the Storm: Experiencing God When You Can’t See Him on Amazon today.