Minister Kobby is a renowned Reggae/Dancehall and Afrofusion Artiste and a Radio Personality.

Minister Kobby started his music ministry in 2006 and released his first official album (Versatility) in 2014. He’s worked with Artistes such as; Preachers, Kingzkid, Esaias, Royal Priesthood, Fritz Oakley, Lyrical Soldier, to mention a few. In 2017, he released his 2nd Album (My Heavenly Father) with songs like; Heaven, Who Be You, One and Only, Here I come again, to mention a few. 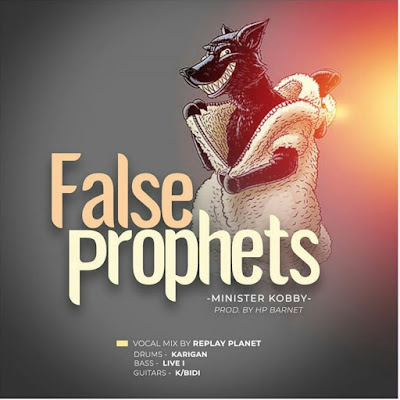 His Radio career started in 2009 with (VOA Radio UK) and currently with (Uniiq 95.7FM of the Ghana Broadcasting Corporation), hosting The Gospel Family Jam Show every Sunday from 9:30pm.


NOT ALONE is a song which gives hope to the listeners not to give up on themselves because the one in them is actually the Creator and so nothing can restrict them from succeeding in life.

Recorded, Mixed and Mastered by one of Ghana’s top recording house, REPLAY PLANET.