INTRODUCTION
David Dayo was Born on the 22nd of September 1980 into a family of two sisters and his Parents in Lagos State Nigeria. David went further to achieve alot and make his Family proud with his Musical gifting and Unmistakable passion for worship!

BIOGRAPHY
David Dayo as a result of His vibrance and passion in ministry has garnered many achievements and accolades over the years !
These accolades include
1. The award for The best worship leader awarded by the White House Embassy Church
2. The award for the Best Praise Album (Praise Altar 1)
3. The award for Hollywood music in media .
4. The SABC Crown Gospel Awards for the Best contemporary song which happens to be His most treasured and most prestigious achievement.
Along with these Staggering achievements are Nominations for the Best R n B Song, Best Praise Song and Best of Africa at the SABC Crown Gospel Awards Held in South Africa in the year 2013.

David Dayo was the Choir Director at the Gospel Faith Mission International in Agbado, Lagos-Nigeria where His Passion, Consistensy, Drive and Ambition opened doors for Him to move to to Royal House Ministries in Durban South Africa where He is currently a worship leader and Choir Director Imparting lives and communities through Worship, Outreach Programs and Charity organisations.

David Dayo is under the mentorship of his Spiritual Father , Rev Tim Omotosho and is unwaveringly dedicated to His Vision of Turning the hearts of men back to God through worship! David is presently carrying out this mission through His Music and Song Writing!

David’s through his music has penetrated the nook and cranny of this world as his songs are currently being aired worldwide ! His last album , ‘AMEN’ Was produced by World renowned Musix producer and Song director Agboola Shadare who happens to be Nigerian born and a Citizen of the United States of America.

David Dayo was signed to Revolver Records as he grew as an artist in South Africa and is currently under Praise Altar Chapter which is sponsored by MDT Trading. A company that believes in the goal and strength of individuals and the community at large. Their vision is to engineer success, fuel the idea, aspirations and determination of Positive minded people who are striving to make a difference in the world . 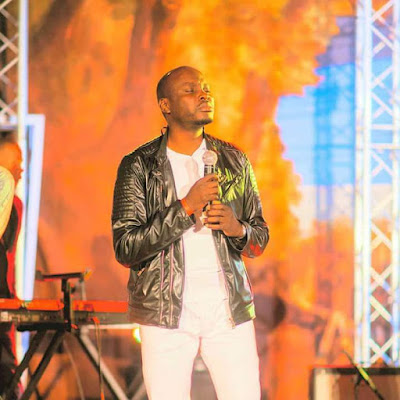 David Dayo is not only a gifted Artist, Worship Director and Choir Director, but also a Motivational Speaker who speaks from the depths of the soul. In imparting the youth, Communities, institutions, and blessing lives in South Africa through worship, David has gone ahead to become a household name in South Africa .

Monique – Halleluyah All The Way

MUSIC: HE CARES 4 U – Deon Robertson