Stephen Adebusoye breaks into the gospel music scene with this prophetic and inspirational song – Showers of BLESSINGS.

Stephen was born into the family of late Isaac Adebusoye in Ondo Township, Nigeria.
He attended ST Joseph college Ondo Township, proceeding to Offa Polytechnic studying Electrical engineering after which he worked at GT Bank Lagos before traveling to United Kingdom.
He started writing song and singing at his early age.

He is popularly called Da Pillar. Da Pillar was musical band created by Stephen Adebusoye and Sylvester Akinbani.  This group could not continue due to Stephen travelling to United Kingdom to further his education on Computer Science at University of North Greenwich  and later Went to Barking and Dagenham college to study Strategic Management and Leadership in Business where he obtained bachelor’s degree and in 2011 He started his business.

While He was building his business, he still continued writing and singing to bless people all over the country, his first single was released May 2020.

Stephen is happily married to Bukola Adebusoye a Registered nurse and are Blessed with a beautiful daughter. 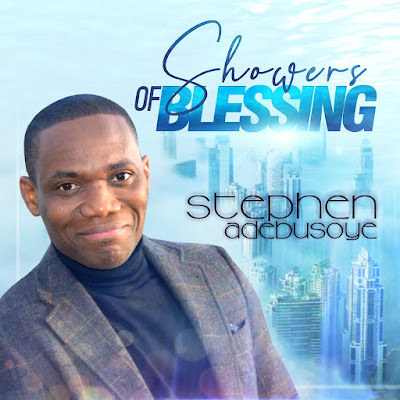 ABOUT THE SONG
SHOWERS OF BLESSINGS is a timely song of intercessory prayer that calls on the God of abundance to switch the mercy drops to abundant rain of blessings especially in this season when the world is going through a lot of confusion, hardship and chaos.

Stream & share this song to bless others and let us have your feedback, testimonies and comments.