The Meridian Mississippi native is coming off a successful run on BET’s hit singing competition Sunday’s Best. Roberts beat out hundreds of auditioning hopefuls to make it all the way to the top and final 3 contestants. Due to the
Covid-19 pandemic Sunday Best decided to transition to an all virtual competition. Jamal and other contestants rehearsed & performed from their homes.  Proving to be challenging for all Jamal Roberts thrived and surprised judge’s and viewers each week with his anointing, creativity and his raw vocal ability. As a fan favorite he has generated a positive social media buzz from viewers and those in the music industry.

Although eliminated from the show Jamal received rave reviews throughout the season from host Kirk Franklin & judges Erica Campbell, Jonathan McReynolds & Kelly Price. Prepped for success and looking towards the future Jamal Roberts is ready for the next level!

“I have seen you grow and evolve so
much as a singer and I love
your growth!” ~ Kelly Price

MORE ABOUT JAMAL ROBERTS:
Jamal is an award winning millennial gospel artist, who at such a young age; has appeared on many radio formats and gospel soundstages alongside many of gospels elite including Grammy Award winning Kirk Franklin who has served as his personal vocal coach and mentor. Jamal recently gained national attention appearing on ABC & MSN discussing his journey on Sunday Best season 10. 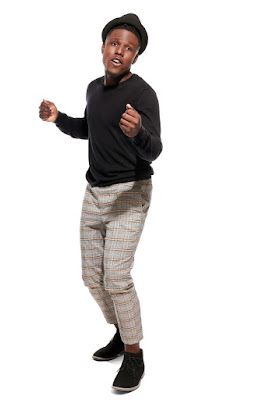 This powerhouse singer will soon release his highly anticipated debut single entitled “He’s Preparing Me”, Which will be available on all digital outlets. Don’t hesitate to include Jamal for your next event by contacting The Platform Agency . Jamal Roberts is currently open for interviews to discuss his Sunday Best journey and upcoming single.