Uchefield Okezie is a UK based Gospel singer, songwriter and worship leader.
He is from a contemporary background but loves to fuse contemporary sound with a touch of traditional Afro beats flavour.

Uchefield is a graduate of Banking and Finance. He started his music training and experience right from his teenage years when he joined his local church choir in Lagos Nigeria.

Apart from being a music director for many years in his local church, Uchefield aquired God given music skills and experience that has opened doors of opportunity to him both local and internationally

Uchefield Okezie is an ordained minister of God and a Music Pastor in the Redeemed Christian Church of God House Of Praise an RCCG mega church situated in the heart of London.

Uchefield has become a well sought after Recording Gospel Artist full of God’s grace. He has ministered in christian programs both locally and internationally. He is very passionate about spreading the gospel of our Lord Jesus Christ to all nations through his music. 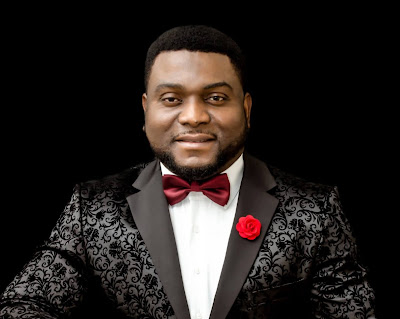 His recent singles include “HOLY IS YOUR NAME” and ” MY PRAISE” which are trending on social media music platforms.

To God be all the glory in the highest.