Ehi Sam is a recording music minister, born in Nigeria but living in Johannesburg, South Africa. He was born at St Philomena Hospital in Edo State, Nigeria on 2 February 1979. He is the firstborn in a family of five. His siblings are Emmanuel, Kingsley, Osi and Obehi (Debra).

A Public Administration graduate from Lagos State University, Ehi Sam is married to the beautiful Rita OmoAhusi. A wife of his youth, Rita has been his strength emotionally and a very passionate follower of his music ministry. Together, they have two lovely children, Gavrila Ehinomen and HadrielEhijiele.

In April 2020, Ehi Sam released his first song, Jehovah. The title was born out of the realization of who God is to His children. When Ehi Sam reflects on his childhood, he realizes Jehovah has seen and been with him through the storms of life. Jehovah cannot fail. The name Jehovah is an experience and a reality to Ehi Sam.

The song came to Ehi Sam while leading worship during a midweek service at His Purpose Church South Africa, where he is a Music Director, in 2019. He kept singing “Jehovah, You are the great I am.” The congregation sang the song and the Church was saturated with a dewy atmosphere. Minister Daniel Kamanga was supposed to preaching that service and he just continued singing the song. He was in tears. It dawned to Ehi Sam, he needed to take the song beyond the confines of the Church, to the world.

It took Ehi Sam almost eleven months to record the song. When he first wanted to record the song in April 2019, his father passed on. As the firstborn, Ehi Sam, with support from his siblings, had the responsibility of giving a dignified burial to the father. After the burial, Ehi Sam raised funds again to record the song but failed again. His car was hijacked but thanks to Jehovah God who never fails, the hijackers failed to get away with the car. Unfortunately, the car was severely damaged and Ehi Sam had to pay for repairs.

In January 2020, God spoke to Ehi Sam to record and release the song despite the lack of funds due to a business lockdown and the overwhelming spread of the corona-virus. His ever-supportive wife encouraged him to obey.It was not easy, but it was worth it, Jehovah never fails.

The song is out and can be accessed on  Ehi Sam‟s Youtube Channel. It can be downloaded for free. It is available for sale on Spotify, Google Play Store, Deezer, iTunes, Amazon and other digital platforms. 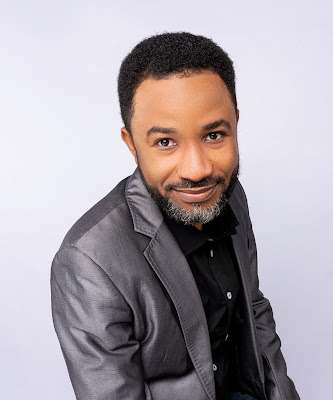 Ehi Sam grew up a loner as his father was mostly unavailable. His childhood was happy and sad due to the irreconcilable differences between his parents, which robbed the family of its joy and peace.

At a tender age, he saw his family falling apart. His mother left and returned to the family home several times, and later left for good. Ehi and his siblings remained with their father.But the situation got worse and the children were thrown out of their father‟s home.

As the firstborn, Ehi Sam took the role of the father. At a young age, he started doing menial jobs to support his Mother and siblings. He worked at construction sites, carrying cement, blocks and cleared people‟s farms. The Mother hardly earned enough from her cleaning job.

One day, the Mother, Ehi Sam and his two siblings,Emmanuel and Kingsley, were walking home from the farm because they did not have transport money. It was a long distance. While walking on Ikpoba River bridge, his Mother ran towards the rail, with the intention of jumping into the river. By the grace of God, Ehi Sam quickly ran after her and held her firmly pleading with her not to commit suicide. She broke down in tears and said it would have been better if the husband abandoned her but supported the children. It pained her seeing her children suffering.

One Sunday morning, Ehi Sam and his Mother were hired to clear someone‟s farm. They worked the whole day on empty stomachs under the scorching sun. The hunger got so bad they asked the man‟s wife to make part payment so they could buy food. The woman refused, instead offered them rice and deducted some money from their payment.

Ehi Sam lacked clothes and shoes. He used a piece of cloth as a belt when going to important places like Church meetings for several weeks. Such was Ehi Sam‟s childhood. Despite the storms of life, Ehi Sam held on to his passion and the grace of God kept him going.

His Father was living with another woman and her two kids from another man. One day, Ehi Sam,his brother Emmanuel and their Mother went to report their Father‟s neglect to his colleagues, with hope they would intervene.Upon seeing them, the Father asked the security guards to chase them. The Father later reported the then teenager,Ehi Sam and his younger brother, to the Police. The Father claimed Ehi Sam had a gun and was a threat to his family.

Ehi Sam lived in hiding, avoiding the Police. After several months,he, Emmanuel and the Mother went to the Police to resolve the case.The Police cleared Ehi Sam, after their investigation revealed the allegations were false claims by the father, who just wanted to get rid of Ehi Sam and his siblings. All thanks to Jehovah, who never fails as declared in Hebrews 13: 5 – 6.

While his family was struggling, Ehi Sam found himself hanging around Church Choirs, as they were called then. Every time he was in Church, nothing made sense to him except music – the musicians, singers and mostly the keyboardist. He found inner joy and peace whenever he heard worship songs.

Noticing his passion for music, his uncle, Victor Aire bought him a small piano at the age of nine. The gift fueled Ehi Sam‟s passion. He gained the confidence to sing and play music with his peers. He would ask people to sing while he played the piano. The piano was like a twin brother, accompanying him even to bed.

In 1990, Ehi Sam started playing keyboard for a Church, Gospel Defenders Ministry, in Edo State. Years later he joined Pastor Phil Arojie, who was the leading pastor at Leaders‟ Chapel at the time. Pastor Phil, who has great passion for the youth, recognised Ehi Sam‟s gift and passion for music excellence. He asked Ehi Sam to lead the Church Choir while still in secondary school. It was a great opportunity.

Some Churches started inviting Ehi Sam to minister at their programmes and to train their choirs. Pastor Phil encouraged Ehi Sam to expand his music ministry even at the expense of Leader‟s Chapel service time, whenever there was an invitation.

In 2004, his uncle, RevDr JohnUtomi Aire, the general overseer of Wonders of God Church invited Ehi Sam to Lagos to lead the Church choir. 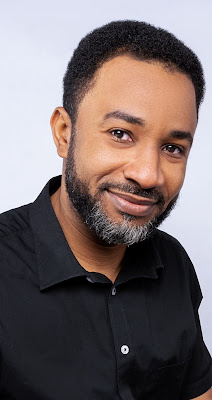 Since his teens, Ehi Sam has ministered at countless services and programmes but these are stuck in his memory.

In April 2013, Ehi Sam led the Liberty Praise Team under Prophet Peter Itodo of the Liberty Square Ministries to win a music competition in Abuja. The team took a 10-hour trip, from Lagos to Abuja. There were several roadblocks on the way due to the rising insurgencies at the time, which elongated the trip to 16 hours. On their way at Lokoja bridge, the driver slept off, and they were involved in a terrible car accident around 2am. One of the singers was travelling with an eight-month-old baby. Till today, nobody knows how they all survived. On arrival in Abuja,Ehi Sam and the Praise Team refused to go to the hospital opting to rush to their hotel and thank God. During the competition the next day, the Praise Team sang „I Almost Let Go‟ originally by Kurt Carr. It was a song they had chosen before they left Lagos and the song became their testimony in Abuja.

Ehi Sam cherishes the memory of a music concert held at Assemblies of God, Victoria Island Worship Centre in Lagos in 2011. He was given the privilege to teach and minister in music with over a hundred people in attendance. There were physical manifestations of the power of God

upon lives while Ehi Sam was ministering in songs. It made Ehi Sam realise he was not entertaining but ministering to people.

In South Africa, Ehi Sam has had several wonderful moments. He has ministered at the Worship Encounter, a quarterly worship service organised by His Purpose Church South Africa led by Pastor SeunSalako, alongside Minister PhindiMseleku, Bongi Henry and Hydee Sax. He sheds tears of gratitude when he sees people connecting and naturally yielding to God at Worship Encounter.

He had a life-impacting ministration at the PUSH programme of the Redeemed Christian Church of God (RCCG) national headquarters, Dominion Chapel in South Africa in 2019.

MORE SONGS ON THE WAY

Ehi Sam has recorded a second song titled “NO LIMIT‟, to be released soon and is working on a third one.