F. L. O. G. I. C is a New York-based Christian duo composed of sisters Breanna and Taylour Dickerson. Born and raised on Long Island, NewYork, the sisters grew up singing and praise dancing in church.
Throughout their childhood, they performed in local and regional religious stage plays at mega churches. After graduating their prestigious preparatory school, they attended college at a performing arts conservatory in California where they honed their skills in musical theatre: acting, singing and dancing. 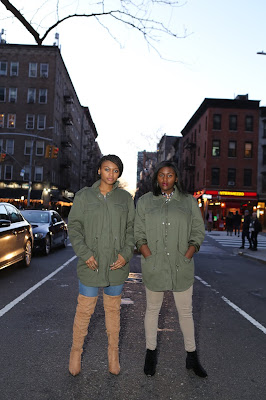 Before graduating, Breanna and Taylour decided to pursue their music career and, since then, the two have gone on to perform across the country including NYC’s infamous Sounds of Brazil, The Paramount Theater, and The Pasadena Auditorium where they made their live appearance for America’s Got Talent season 14. They are releasing their new debut single “My God 4x” on December 18, 2020 that will have you chanting its song title the moment you hear the infectious tune.
Connect:
Instagram: https://www.instagram.com/flogicmusic/
Tik Tok: https://www.tiktok.com/@flogicmusic
Facebook: https://m.facebook.com/flogicmusic/
Fanlink: https://distrokid.com/hyperfollow/flogic/my-god-4x

How To Get Your Fight Back – Bishop T.D. Jakes

He is Faithful – Nicole Spowart