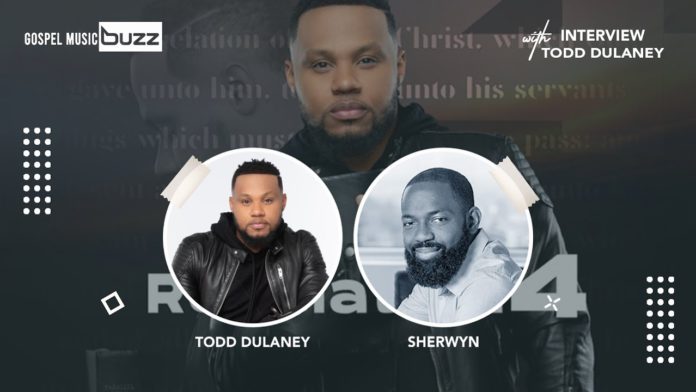 In this  episode of “The Buzz”, we had a fun time speaking with Grammy-nominated, and Stellar Award winner, Todd Dulaney about his new single Revelation4​

Todd Dulaney had one of the biggest Gospel singles of the past year. “Your Great Name” spent 8 weeks at #1 on the Billboard Gospel Airplay chart and 9 weeks at #1 on the Mediabase Gospel chart.
His last album which is also titled “Your Great Name” has garnered over 26.5 million streams. “Your Great Name” the single has gained over 10.2 million streams to date.
The single also trended new & active for 12 weeks between June and October on the Adult R&B chart showing a growing interest in his music beyond the Gospel music listener.
Stream & Purchase Song Click Here
FOLLOW Todd Dulaney:
INSTAGRAM: https://www.instagram.com/todddulaney1/​
WEBSITE: https://todddulaneyland.com/

How to fulfill God’s purpose – Kayode Omosa on Polongo TV

[Music + Video] YOU ARE GOOD – Olamiji

Not A Man – King Mike Aremu