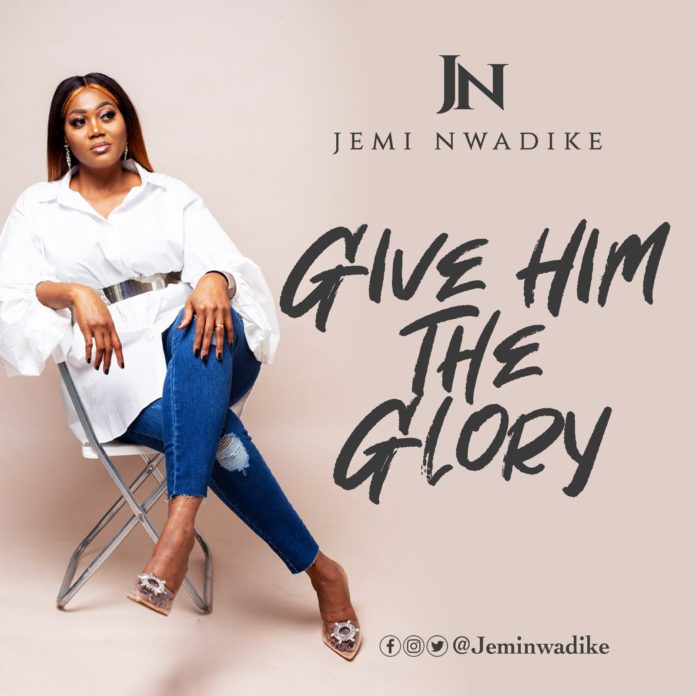 Jemi Nwadike the London based gospel music recording artist releases the exciting and much anticipated music video to her trending song – GIVE HIM THE GLORY.
ABOUT THE SONG
According to Jemi, she was inspired to write and release this single because of what the Lord has done and is still doing in her life and family. She believes there are lots of people who have much to be grateful for even in this uncertain times.
Put on your dancing  shoes and get ready to dance and give Him all the glory!
The video  “Give Him The Glory”  was shot on location in London and produced by the amazing BigMarcus.
Now available on all music platforms and gospel blogs for download. Spread the word !!!
Watch Video Below
GET SONG HERE
ABOUT THE ARTIST
Jemi  Nwadike is a multiple award winning UK-based gospel Minister. She hails from a singing background and started singing at a tender age with her siblings in a group called “The Golde Family”  Jemi later moved to the UK in 1997
Her music career later kicked off in the UK in year 2000 when she sang an original song. Shortly after that, she started singing in her local church and getting ministry engagements outside her local church, and other parts of the world. Jemi also released her first Debut Album in 2011, titled “His Perfect will”
Connect:
Instagram: https://www.instagram.com/jeminwadike/
Facebook: https://web.facebook.com/jemiyotan.nwadike
Twitter: https://twitter.com/jeminwadike
Website: http://jemionline.com
YouTube Channel: https://www.youtube.com/channel/UCBouG4P5N3hj2l_oG4ynYLA/
SongLink: https://song.link/ng/i/1546655219

How Kanye West put Joel Osteen’s prosperity gospel back under the...