Music: SAMMIE OKPOSO – TOO GOOD TO BE TRUE 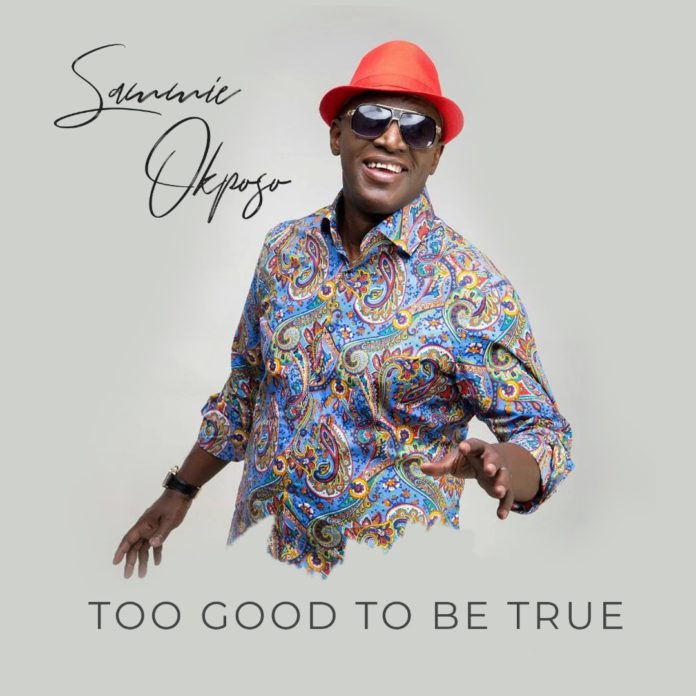 Award winning international Gospel music minister Sammie Okposo is out with the much anticipated unusual contemporary sound titled “Too Good To Be True.”
The single is accompanied with an unconventional official video directed by Frizzle and Bizzle Films. The techniques that achieved each frame will keep you glued to your screen from the beginning of the video till the end. It is colourful and captivating. The pump and energy emitted is contagious. It will definitely stir one into its joyous ambiance.
The upbeat rhythm laced with elements of Funk, is filled with God inspired confessions, declarations which can easily cling to your spirit due to the sing-along style the music adapts.
The song will stir you into the atmosphere of the miraculous, thereby preparing you for the birthing of that long awaited testimony.
“Too Good To Be True is coming after the successful release of the critically acclaimed “Grace is Available,” A timely song for the beginning of the year 2021. The new single is Sammie Okposo’s second release for the year. Last year the iconic Gospel music minister was on a release spree with at least 7 spectacular outings. He does not seem to be slowing down the energy any time soon.
The song was produced and arranged by Sammie Okposo, DejiKeys is the associate producer while it was mixed and mastered by Olumide Iyun. Cameo appearances in the video include American Gospel singer, Micheal Stuckey. Also Nikki Laoye, Naomi Classik, Magpsalms, Marvellous Odiete, Joy Odiete, Stacy Uche, Shimmer, Abiodun Sage and Imma Jamz.
Watch video below:
Available on DIGITAL STORES
Credits:
Song written, composed, arranged & produced by Sammie Okposo
Associate producer @dejikeyz
Song recorded at Zamar Entertainment Studios, Lagos, Nigeria by @imma_jamz
@dejikeyz on main keys/synth
@themusicprelate on aux keys
@mr_nimi_johnson on bass guitar
@mosuguvictor on drums
@jazz_priest on lead guitar
BGVS: @munalila @here_is.thejoy @joshuaisraelpf @thesingingmua
Song mixed and mastered by @olumideiyun
Video shot/directed by @frizzlenbizzlefilms
Share
Facebook
Twitter
Pinterest
WhatsApp
Previous articleMusic: Matthew McIntosh & LIFE – Christ Did It All
Next article[Music + Video] You No Dey Look Face – Mike Abdul Ft. Yoruba Mass Choir