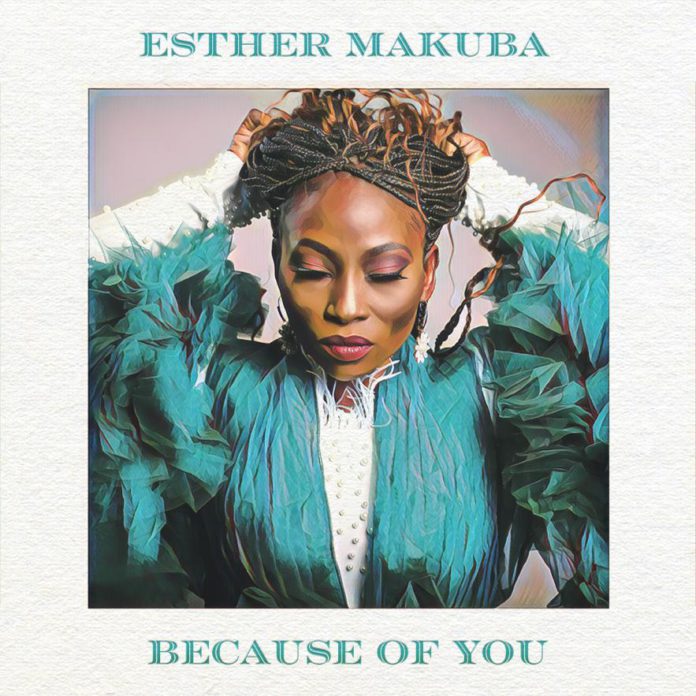 Esther Makuba the US based gospel music diva releases the audio and music video to her much anticipated latest single titled BECAUSE OF YOU
ABOUT THE SONG
This song is about how influential God is in all of our lives! The grace He offers is unlimited and by His sacrifice for us we have been set free. The inspiration behind this is that I wanted to express and show how God has personally intervened in my life. God has constantly been a lighthouse to my raging storm, He gives us clarity in the midst of our problems, worries, and fears.
Watch Video Below;
Available on DIGITAL STORES
BIOGRAPHY
Esther Makuba is a Christian singer and songwriter born and raised in the church choir “salem” in Lemba, part of a group called, “Adorons L’éternel de Papa Alain Moloto.” Singing quickly became her passion and God slowly introduced her to his plan. The big plan unfolded gradually and it meant she had to embark on a move that would place her on a bigger world stage.
EXODUS
The next move meant she had to travel approximately 8,912 miles to the United States of America. In US, God started to bring her closer and unravel the big plan for her life.
MUSIC CAREER
Now she is currently writing and singing songs for God’s glory. Her music career started when she was very young. She would sing songs and dream of singing to large crowds of people and watching them feel a spiritual connection to God through herself. That is when it clicked she knew her calling and that was to use the voice God gave her to spread his news. When one asks her why she chose to sing Gospel/Christian music she responds with, “there is nothing else I would use my God given instrument for, my music is my connection to God and is how I express my love, adoration, and admiration for my Lord, That is why with every breath I breathe I will praise his name and his name alone.”
DISCOGRAPHY
She has so far released 3 of her singles in 2020, Hope, Eternal Life, and Mighty Name. In 2020 she also released a translation of Eternal Life in her native tongue. In 2021 she released her newest single “Because of You.” Some people who really inspired and still inspire her to sing are Hillsong and Cece Winans. Their stage presence and the way that they connected the audience to God was inspiring. She remembers singing along to songs like “Mercy Said No,” by Cece Winans, and “Hosana,” by Hillsong.
VISION
Esther’s vision is to Labour in God’s vineyard to see others come and profess the name of Jesus Christ so that all people would be able to experience God’s love and be able to grasp who God is and feel honored to be called children of God,”.
PURPOSE
Her purpose is to bring glory to God; all else to herself is worthless compared to him. Esther believes her life’s purpose is to serve and praise God’s name with her voice.
Watch this space as Esther continues to wax stronger in her ministry and keeps growing from strength to strength.
Follow Esther Makuba on social media for new music and ministry updates.
Instagram:https://www.instagram.com/esthermakubaofficial/
Facebook: https://web.facebook.com/esther.makuba.501
YouTube Channel: https://www.youtube.com/channel/UCkW1hTyk797rjP18Avg6EMw
Website: https://www.esthermakuba.com
Fanlink: https://fanlink.to/esthermakuba

Tasha Cobbs Leonard – All My Life You Have Been Faithful