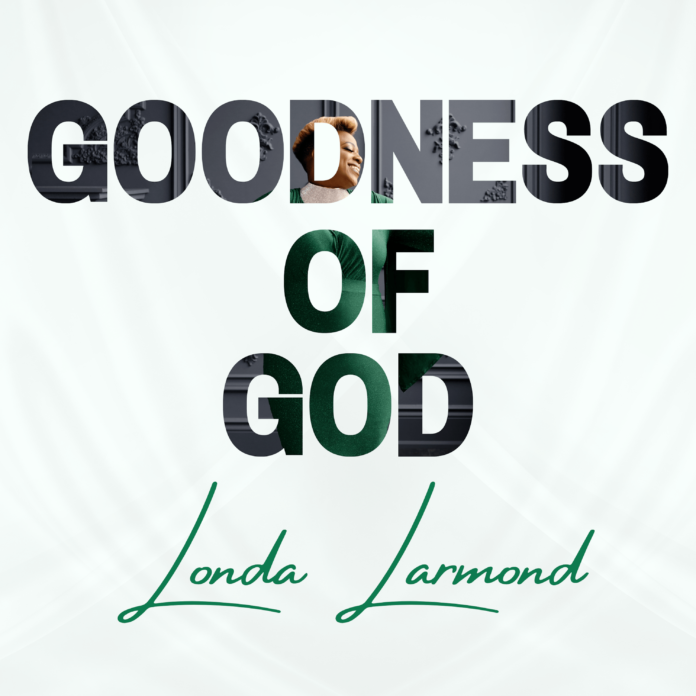 Londa Larmond the Canada based veteran gospel music artist releases a brand new song titled GOODNESS OF GOD
Vibrant and empowering are words that capture the essence of Londa Larmond. Since her solo debut in 2001, this Canadian gospel treasure has faithfully maintained her calling: bringing inspirational messages of God’s love with her authoritative and commanding voice, uplifting anyone who listens.
In 2019, Londa released her single, GREAT GOD, after releasing her first live album, GREAT THINGS in 2011.  “My music’s purpose is to let people know that God is always with them and in the midst of a song being sung He’s able to accomplish their heart’s desire,” asserts Londa. “He is with us through thick and thin, and He wants and is ready to do great and powerful things in our lives.”
Now here comes Londa again in 2021, with her version of GOODNESS OF GOD.  This song is an anthem in Londa Larmond’s life. Though it’s been re-recorded by many, Londa wanted to record it in typical “Londa Larmond” style adding an uplifting bouncing groove as a reprise. “Having gone through marriage, divorce and now being a single parent – it hasn’t been easy to say the least, but God HAS BEEN and CONTINUES to be FAITHFUL!!” declares Londa. This song truly embodies how Londa feels about her Heavenly Father! It’s a testament of His goodness towards her and her 2 sons. She is eternally grateful for all that He has done for her and has made it her vow to always sing about the GOODNESS OF GOD.
Londa Larmond partnered with Psalmist Records – March 23, 2021
Watch Video Below;
Available on DIGITAL STORES
Follow Londa Larmond on instagram, facebook, twitter and subscribe to her youtube channel for exciting new videos and ministry updates.
Instagram: https://instagram.com/londalarmond
Twitter: https://twitter.com/londalarmond
Facebook: http://facebook.com/londalarmondmusic
YouTube Channel: https://www.youtube.com/channel/UCVuhB3bAwuUnPR81DA71HIw
Fanlink: https://ffm.to/goodnessofgod
Website: londalarmond.com