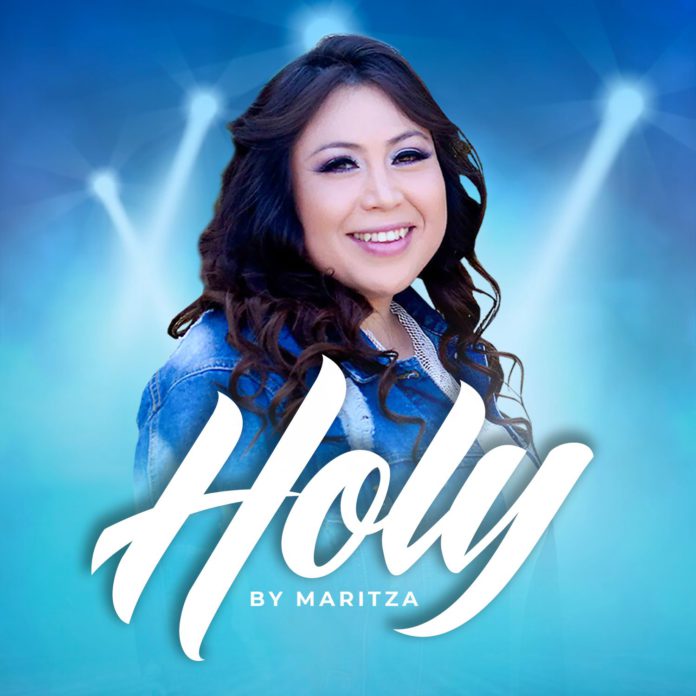 HOLY is a whole new intimate worship experience that will draw men’s hearts back to the GOD of CREATION.

Holy was written and produced by Dee Jones for P&L Records.
Maritza has brought this song to life with excellent “anointed vocals” and an unforgettable masterful delivery.

HOLY is more than a call to worship, it is an immersion into INTIMACY with Jehovah the ElShaddai. As you listen, sing, meditate and share this song, may you encounter the power of the Holy and perfect God.

Watch Video Below;
Available on DIGITAL STORES
BIOGRAPHY
Maritza Rico was born in East Los Angeles on August 24th, 1987 to Hispanic parents.
She started singing at the young age of 3. She would watch her father playing in bands and would sing during his rehearsals.
Growing up she would practice singing on her own and taught herself by listening to singers like Mariah Carey, Whitney Houston, Celine Dion and various Latin artists.
She participated in shows and competitions on Latin television shows like Cuanto Cuesta El Show, Tengo Talento Mucho Talento, Estudio 2 and various talent shows. She attended Latino Talent House during her senior year in high school and was part of the school choir for 4 years. She was also a background vocalist for Beatriz Solis daughter of multi Latin Grammy award winner Marco Antonio Solis.
She surrendered her life to Jesus in 2017 and left the group to dedicate her voice to the Lord. She joined Abundant Living Family Church and became part of the frontline worship team a short time after.
She eventually moved on to The Kingdom Arena after meeting Apostle Promise Adeyemi and Pastor Lihle Adeyemi and assisting their worship team during their anniversary conference.
The experience was life changing and God confirmed her move to join their team.
Maritza has 2 wonderful children Andre age 11 and Aurora age 7.
Follow Maritza Rico on all major social media platforms including twitter, facebook, instagram and subscribe to her YouTube channel for new music and ministry updates.
Instagram: https://www.instagram.com/maritza31508/
Facebook: https://www.facebook.com/maritza.rico.12
YouTube Channel: https://www.youtube.com/channel/UC0KdvpTwG7gaqb3UV8CuO1g
Fanlink: https://fanlink.to/MaritizaRico_HOLY

[Music] In Your Presence – Seyi Oluwafemi