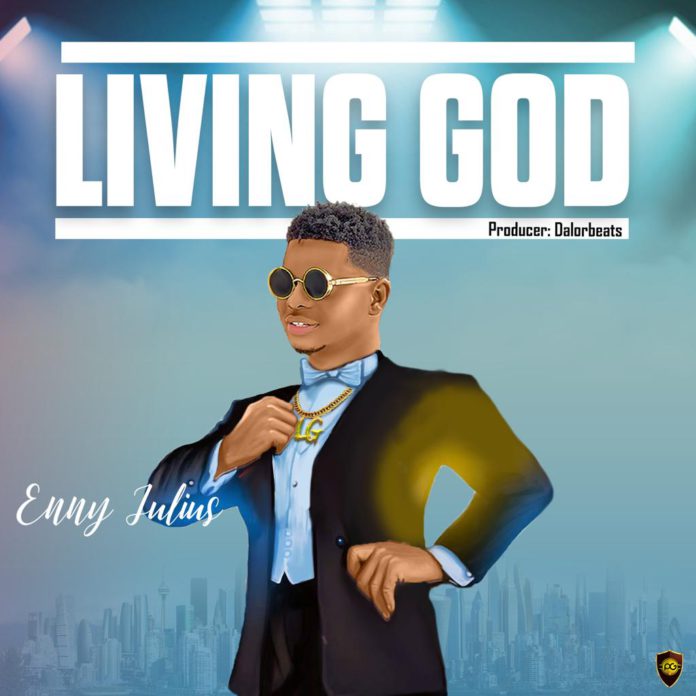 Enny Julius, a force to reckon with in the Music Industry. Following the indisputable accomplishment of the critically acclaimed “new beginning” album, Enny Julius, a meritorious gospel artist who started producing music in 2005, had been exhibiting his versatility by cutting through all genres of music into the rock/fusion style. Since he released this masterpiece, he had kept the world on its feet.
His outstanding artistry qualities were evident in some of his renowned songs such as “music in my heart”, “Faithful God”,“Chukwuoma”, “Overcome”, among others.
His masterpiece “new beginning” featured 15 tracks of supreme intellectual brilliancy with several meritorious Awards to show for. One of his tracks“Chukwuoma” won the Maranatha USA Best Video award 2020,and “Overcome”bagged the Best Collaboration Song in Maranatha USAaward 2021.
An artist with indubitable imaginative orchestral qualities, Enny Julius, is bound to continually bring home the bacon with his latest project “Living God”. This masterpiece of a song is distinct due to the afro nature creativity fusion into it.
He’s an artist that gives his all into all he does. He continually keeps pushing and working tirelessly to become the best version of himself. After releasing his last album, Enny Julius has been working on another powerful project which is focused on black gospel music. This, however, is still a work in progress.
Stream Living God Below;
Watch Video Below;
Also Available on DIGITAL STORES
Follow Enny Julius on instagram, facebook and  subscribe to his YouTube channel for new music and ministry updates.
Instagram: https://www.instagram.com/ennyjulius_/
Twitter: https://twitter.com/ennyjulius_
YouTube Channel: https://www.youtube.com/channel/UCX4b-PFQPmL1rO__KW0k8Jg/
Website: https://ennyjulius.com/
Fanlink: https://distrokid.com/hyperfollow/ennyjulius/living-god
Email: [email protected]
Credits:
Song Produced by @dalorbeats
Mixed & Mastered by @Sokaymix
Vid shot by @oluyinkadavids
Costumes by @ennyhim & @official_awaicouture Music: DON’T DIE ( A Letter From Us) – TOBILOBA