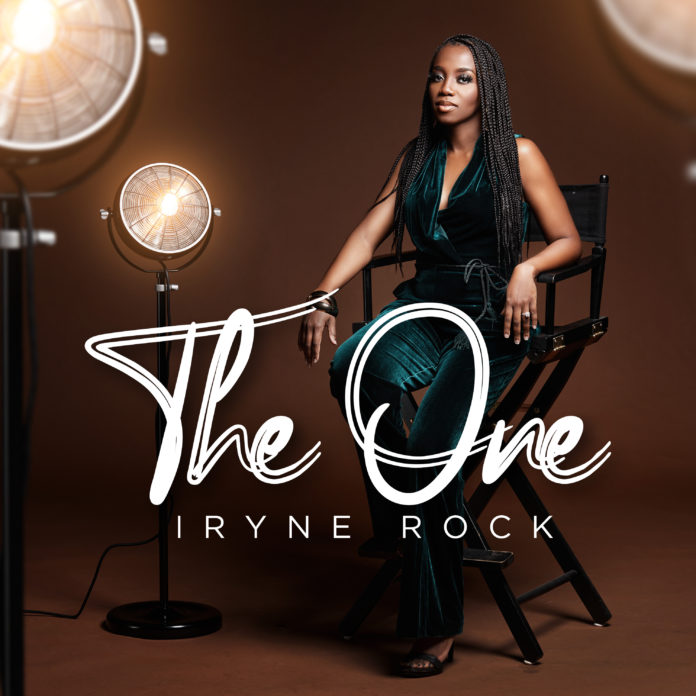 Iryne Rock the ubertalented US gospel sensation is out with a brand new song titled THE ONE.

Following up on the successful release this year of her EP titled Never Known, and nostalgic single, Story, Iryne is firing on all cylinders with the soulful and captivating delivery of another masterpiece with The One.

The song reflects on the all encompassing love we lean on that serves as a source of strength in difficult times. It is a song about self reflection and the realization that it is not really about us but about God, and He is the one that makes us shine, makes us adequate, and together we are unstoppable. We are on FIRE.

With a captivating voice and unique style, soulful singer-songwriter Iryne Rock is leaving a trail of new fans and admirers wherever she goes. The Nigerian-American recording artist who credits her parents for instilling the love for music in her from a young age counts among her influences artists from diverse genres including Cece Winans, Kirk Franklin, Panam Percy Paul, DC Talk, Newsboys and Michael W. Smith, Michael Jackson, Angelique Kidjo to name a few. Whilst she has been around music in one form or another over the years, including exploring writing her own songs in her teen years, it wasn’t until she began serving as a worship leader at her home church in Jessup Maryland that she discovered and developed her true calling.

Iryne’s debut album, JFY – Just, was birthed in 2018 as a result of her stepping out of her comfort zone and pursuing what the Holy Spirit confirmed to her. Since then, she has gone on to work with Grammy and Dove nominated producer Billy Smiley to produce 2 EPs, “Grateful” released in May 2021, and “Never Known” released in March 2022. Iryne’s songs have enjoyed international radio airplay and her videos have been featured on prominent TV stations and programs including BET Soul, TBN, Trace Gospel amongst others.

Perhaps one of the biggest highlights of Iryne’s career so far was singing the National Anthem on New Year’s Day to 19,000 plus attendees at the Capital One Arena in Washington DC during the NBA game between the Washington Wizards and Chicago Bulls. Iryne was also accepted into the Grammy/Recording Academy Class of 2022, a recognition of her contribution to the music industry as a whole. As a wife, mother, singer and songwriter, Iryne is excited to continue her journey spreading love and joy through her music.