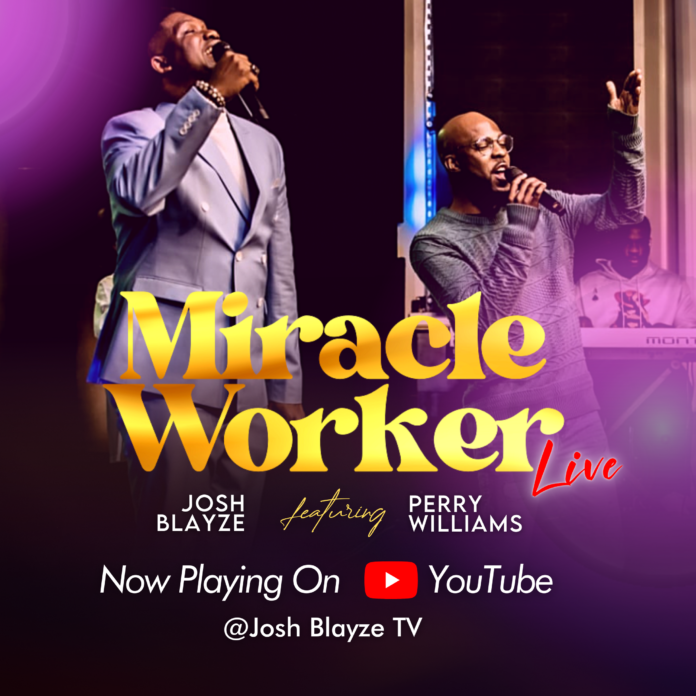 ABOUT THE SONG
Miracle Worker is one of the songs in the GOODNESS album. It is a song that affirms and professes our faith in the power of God to do signs and wonders for us.

While on tour with my team in the assignment God gave me called THE GOODNESS WORSHIP EXPERIENCE, we recorded this Live version in which I featured my friend Perry Williams a renowned worship leader in the Chicagoland area.

Everytime we sing this song Miracles happen, so I urge you to keep watching and listening to the song.

He originally hails from Kogi State in Nigeria.

Josh Blayze holds an M.B.A (Marketing) and a Masters of Arts in Ministry Leadership. He started music as a drummer in 1993 and in that same year started singing with a group called ‘D Executives’.

His solo effort started in 1996 when he wrote his first song titled LEAD ME LORD. From then on he has led songs in Various choirs, concerts and many other church events. Up to date, he has released four albums to his credit, the latest being GOODNESS which he released in 2020 and has been a huge blessing to the body of Christ.

Josh Blayze has been privileged to minister in some major platforms in Africa and also on several stages in the United States of America.

His recent assignment titled the GOODNESS WORSHIP EXPERIENCE TOUR has been a huge blessing worldwide and God is enlarging the vision.

He is happily married to Kaltume and they are blessed with two lovely children – Jedidiah and Zoe.