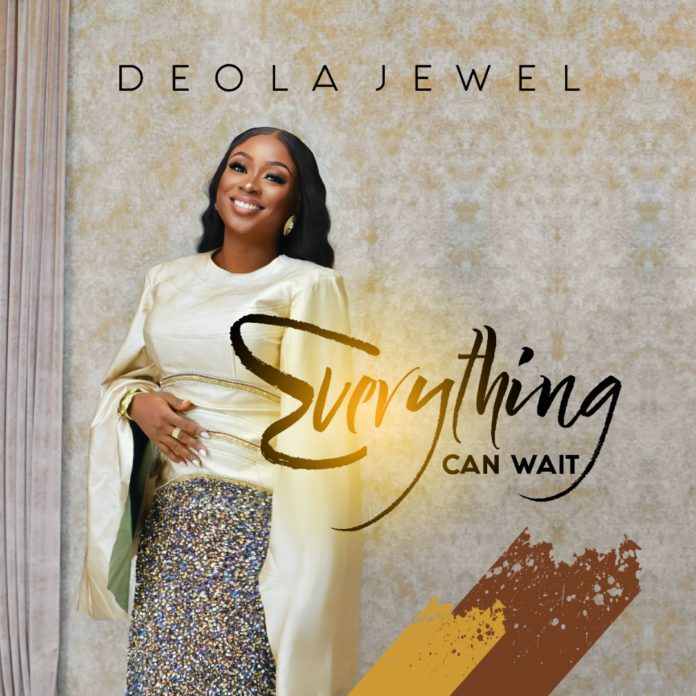 Deola Jewel the sensational London based gospel music artist releases her much anticipated new single titled Everything Can Wait.
This year is almost over, I challenge you to make some time reconnecting to your divine source (God). Yes, life is busy but everything Can wait for the Joys of that secret place.Only those who have experienced this can relate.

This song is about slowing down to connect with God in the secret place and that’s how we’re ZOOMING into the New year! 2023! Bible Verse reference for song:“And he went a little farther, and fell on his face, and prayed” Matthew 26:39
Watch Video Below;
Available on DIGITAL STORES

Deola Jewel is a London based sensational gospel music minister.

She is popularly known as the musician with music from the deep Luke 5:4. A fire brand minister whose music is borne out of her love for Christ and God’s people.

She has been a music minister since 1999 while She was officially ordained as an Evangelist in Nov 2011 and has since been a coach and role model to many.

She is a wife, mother, and a professional doing the work of the Father. She released her first album in 2016 titled- Settled, and her sophomore in 2019 titled Rise Up with the viral hit “Hallelujah mi loud gan”. Her recent singles are Angeli Ewe, a song of prayer for children, Olorun Majemu (Covenant Keeping God) which happened to be songs that the body of Christ looked to for strength through the year 2021.

Artist comments:
“Serving God to me is a priceless privilege, He is the core of my existence. That’s why I live to give him praise and also lead others to do the same in spirit and in truth.